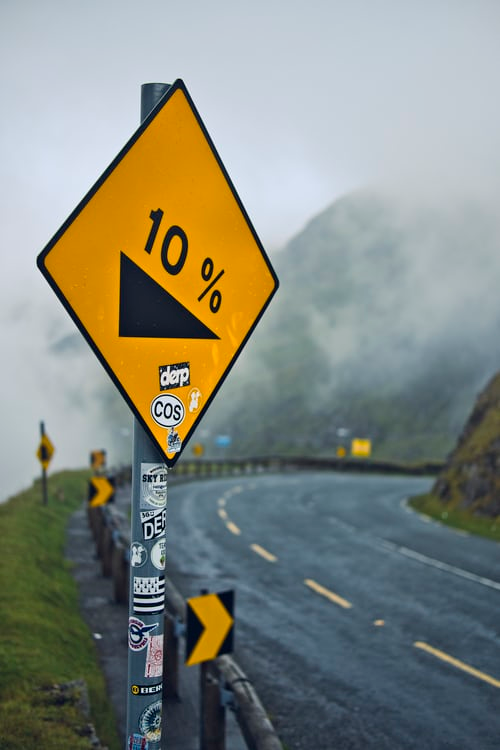 Every person in their daily life comes across phrases or conversations involving the percentage concept. And we usually do understand this concept without any difficulties.

Nevertheless, some people don't get this concept fully and face difficulties when they have to apply percentages in their calculations.
In this article I address some of these difficulties in very simple terms.
In particular I want to answer the following questions:

Percentages come to the rescue#

Percentages allow us to talk about quantity, size, volume, etc. without having to give the exact numerical value. It is much easier to provide relative values than it is to deal with exact (often large) figures.

A very simple example of a relative measure is half of something.

As you may notice, nothing was said about the exact volume of a glass, the size of an apple or the actual salary, but only about relative size of those things in relation to them as a whole. Note that half of something in percentages is equal to 50%. In fact, half and 50% are synonyms.

Another similar example is a quarter or one fourth of something. As in the case with halves, a quarter corresponds to a certain percentage, i.e. 25%.

Let’s summarize:
Percentage gives us an idea of the quantity or size of something without specifying the exact value (It’s worth mentioning that precise value can still be obtained from percentage, but we will talk about this a bit later). It allows us to describe quantitative values ​​in relative units, i.e. in percentages.

Percentage (from novolat. per centum, i.e. 'per hundred; hundredth') indicates the proportion of something in relation to the whole taken as a hundred.

As you can see, this statement include two main components: 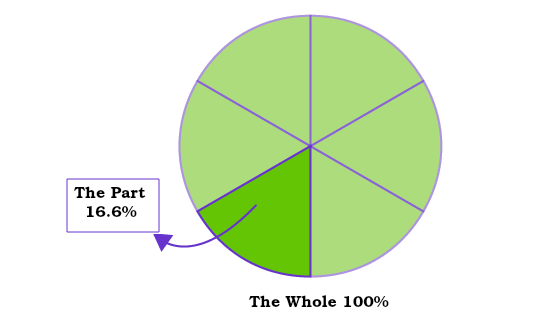 For example, if we are talking

How can we express a portion of something in percentages?#

Let's take a look at fractions since percentages and fractions are related concepts. Moreover, the percentage can always be represented as a fraction or as a decimal number and vice versa.

Fractions are expressed in fractional numbers, for example:

What can we do with percentages ?#

Besides some sophisticated math stuff, percentages can help us with these three main questions:

Let’s now address each of these points on the example of spending a week in the store.

During the week $800 were spent on various needs and $160 of those expenses were on groceries. 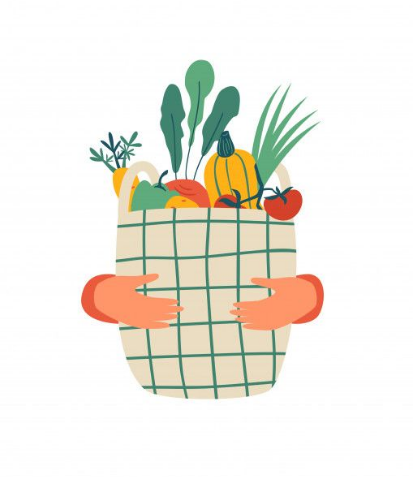 Finding percentage of a part#

To calculate percentage of a number, we need to proceed in the following way:

At this step we get a fraction 1/5, which in decimal form is written as 0.2

step 2: Convert obtained decimal number to a percentage by multiplying it by 100

At this step we convert the fraction to the actual percent. Thus we spend on groceries 20%.

part number of whole number to %

Finding a part knowing its percent and a whole number#

When we know the whole number and the percentage of the part and want to know what number represents that part.

Let’s suppose we know that we have spent 20% on groceries and we also know the overall expenses were $800. In our case the question is: How much did we spend exactly on groceries?

To calculate this we need to take the following steps:

step 1: Convert the percentage to the proportion by dividing percentage value by 100

Finding a whole number knowing the percentage of a part#

Let’s say we know that we have spent 20% on groceries and we also know its exact value is $160. In our case the question is 'How much did we spend for the given week on the whole?'

To calculate the whole sum, again we take two steps:

step 1: Convert the percentage to the proportion by dividing 100 by percentage value

step 2: Multiply obtained number by the value of the part

part number of percentage of